Home / News / Blog / What Is the Invention Process of Cooking Bag?

What Is the Invention Process of Cooking Bag?

Food-grade retortable bag is a kind of composite plastic film bag which can be heated. It has the advantages of can container and boiling water-resistant plastic bag, so it is also called "soft can". After more than ten years of use, it is proved to be an ideal sales packaging container. 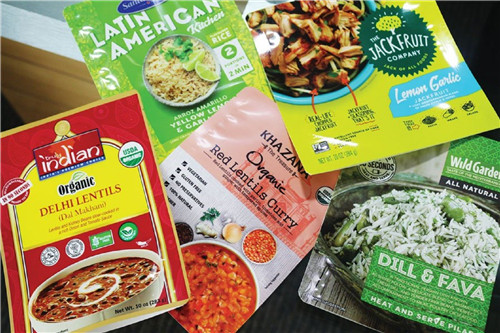 lIn 1956, Nelson and Seinberg of the University of Illinois tested several kinds of films, including polyester film.

lSince 1958, the Natick Institute and Swift Institute of the US Army have been engaged in the research of soft canned food for military use. In order to replace tinplate canned food used in battlefield with steaming bag, a large number of trial production and performance tests were carried out.

lIn 1969, the soft canned food made by Natick Institute attracted people's attention and was successfully applied in Apollo space program.

lBecause this kind of packaged food can be placed at room temperature and has a long service life, it is convenient to eat and can save the energy required for preservation. Sweden is the first country in the world to produce and sell soft canned food, but it is basically Japanese factories that produce soft canned food on a large scale. lEasy to use. The retort storage bag can be opened easily and safely, while you only need to put the food and bag together in boiling water for 5 minutes.

lSave energy. Because of its thinness, the standup retort bag can reach the lethal temperature of bacteria quickly when heated, whose energy consumption is 30 ~ 40% less than that of iron can.

lEasy to sell. The retort pouch for sale can be divided or combined with different foods according to the market demand, so customers can choose the size and shape they want at will. Besides, exquisite decoration also greatly increased the sales of cooking bags.

lLong storage time. The food packed in aluminum foil retort bags does not need to be refrigerated or frozen, which is comparable to metal cans, so it is easy to sell or use at home. Home Products Application Customization About Us News Contact Us